Today’s post is about trusting your instincts and that if you feel you need to get a second opinion on anything for you, a loved one, friend, or even a pet, you should.  In July 2015, Charlie was not feeling well, couldn’t keep his food down.  When we took him to our vet, “Dr Z,” she wanted to take an x-ray and showed us what appeared to be a piece of bag from food he had stolen off the table.  To be sure, she wanted to do an ultrasound the next day.  She called that day and told us Charlie had a tumor on each side of his intestine, about 1/2 inch long on each side.  She said his prognosis is poor.  She said we could do two surgeries – one to see if the tumor was malignant, the other to take it out – for $6000.  We did not want to put him through that and didn’t have the money to do so either.  When “Dr Z” learned of our decision, she became disinterested in us and our dog.  She acted as if we were bothering her  any time we called to ask for help. My husband did research and found we could feed him ground hamburger.    We fed him that and he kept that down.  In November, “Dr Z” insisted on seeing Charlie.  She could not have been ruder or more disinterested, but of course probably didn’t mind the $100 office visit.  My husband said “we’re done with this place.”  So we went to a clinic around the corner, where the vet examined Charlie and said “he has two teeth so infected, it could be disastrous.”  We had the teeth taken out and he ate more.. so much so that he went from 78 pounds to 92 pounds in three months.  Then in May, he was getting sick again, a lot.  I thought it was the end and the tumor had taken over.  We took him to our new vet and they kept him over the weekend.  It was excruciatingly long and quiet.  “Dr P” said “I don’t know how to say this, but there is no tumor in Charlie.  We can’t find it.  We called your other vet to make sure we are not missing anything and they have not called us back.”  Charlie is pretty healthy now – will be 13 in February and is eating well and living a good life.  I am so glad we switched vets who cared more about our dog than making money.  I just wanted to post this to warn people that a second, or even third opinion, is never a bad thing. 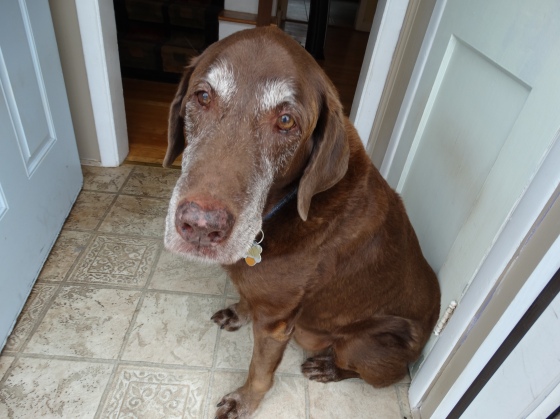 2 thoughts on “Trust your instincts”

You can do anything! You are never too young or old, too much of this or not enough of that, lack education or experience. Have faith and confidence in yourself that you can achieve your dreams!
Follow cookies by christine on WordPress.com
Loading Comments...
%d bloggers like this: